Click to go straight to the activity of your choice. 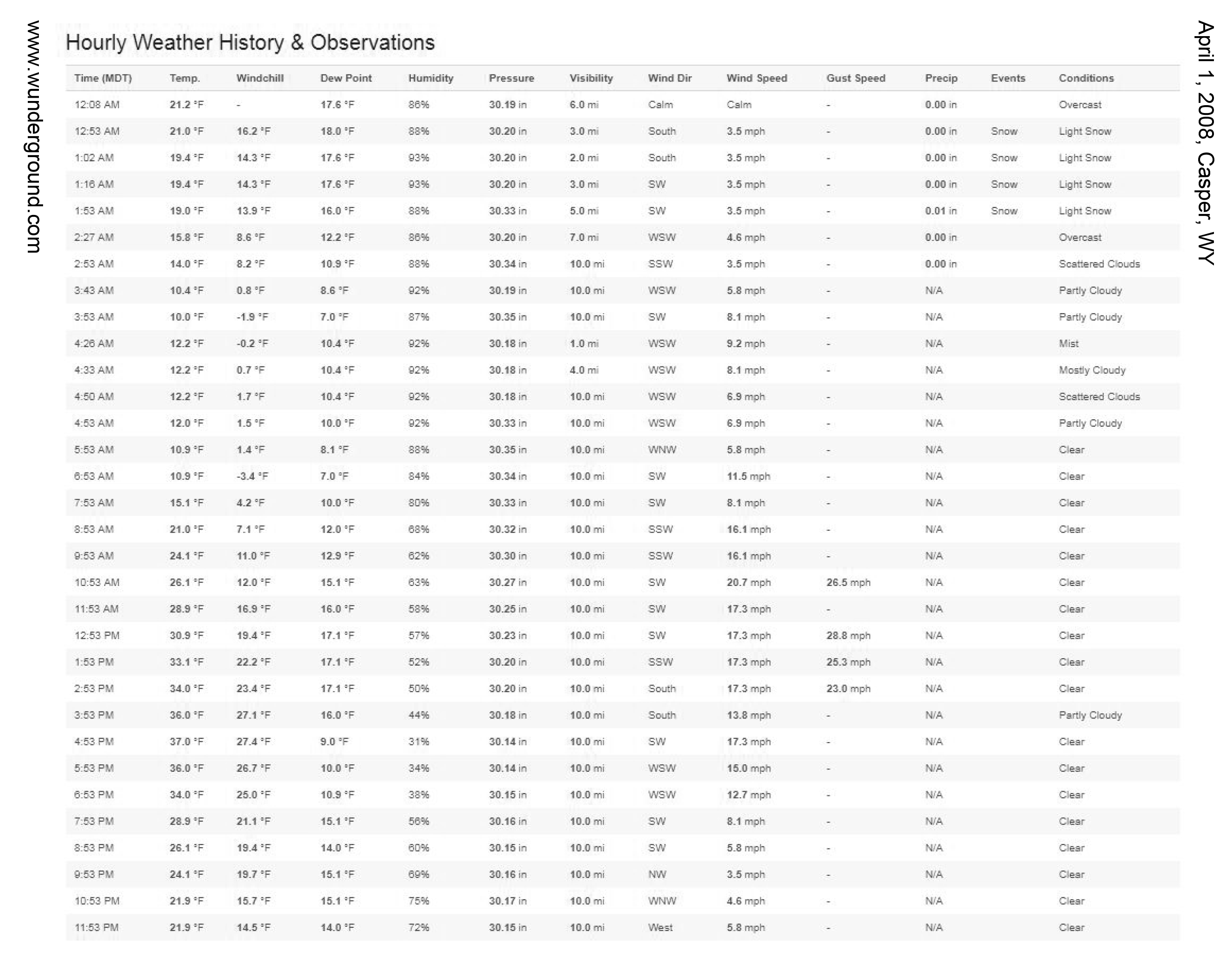 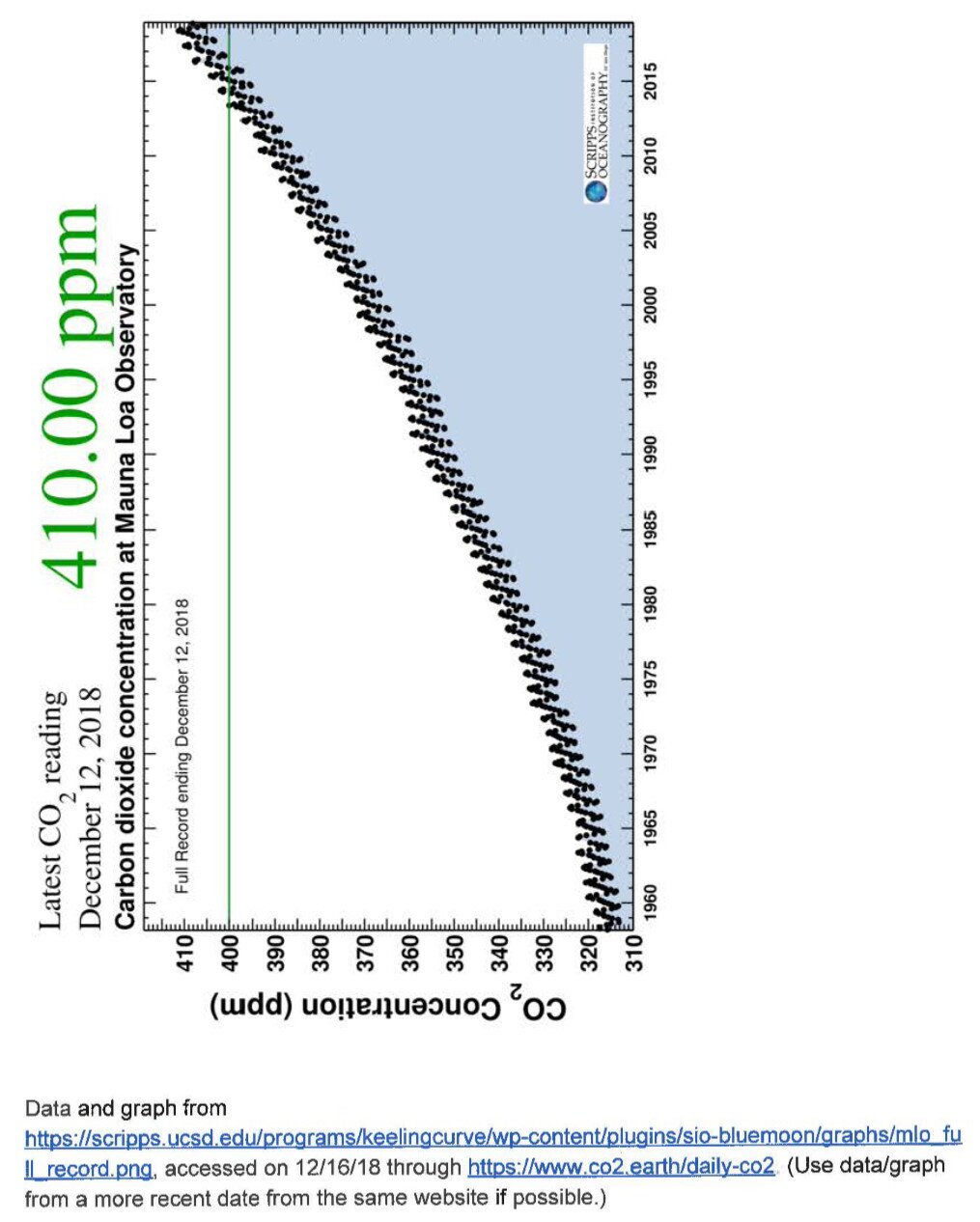 Activity Nine: Weather and Climate Together, Now and in the Future

Activity Nine: How Can I Reduce My Carbon Footprint? (Download printable version.) 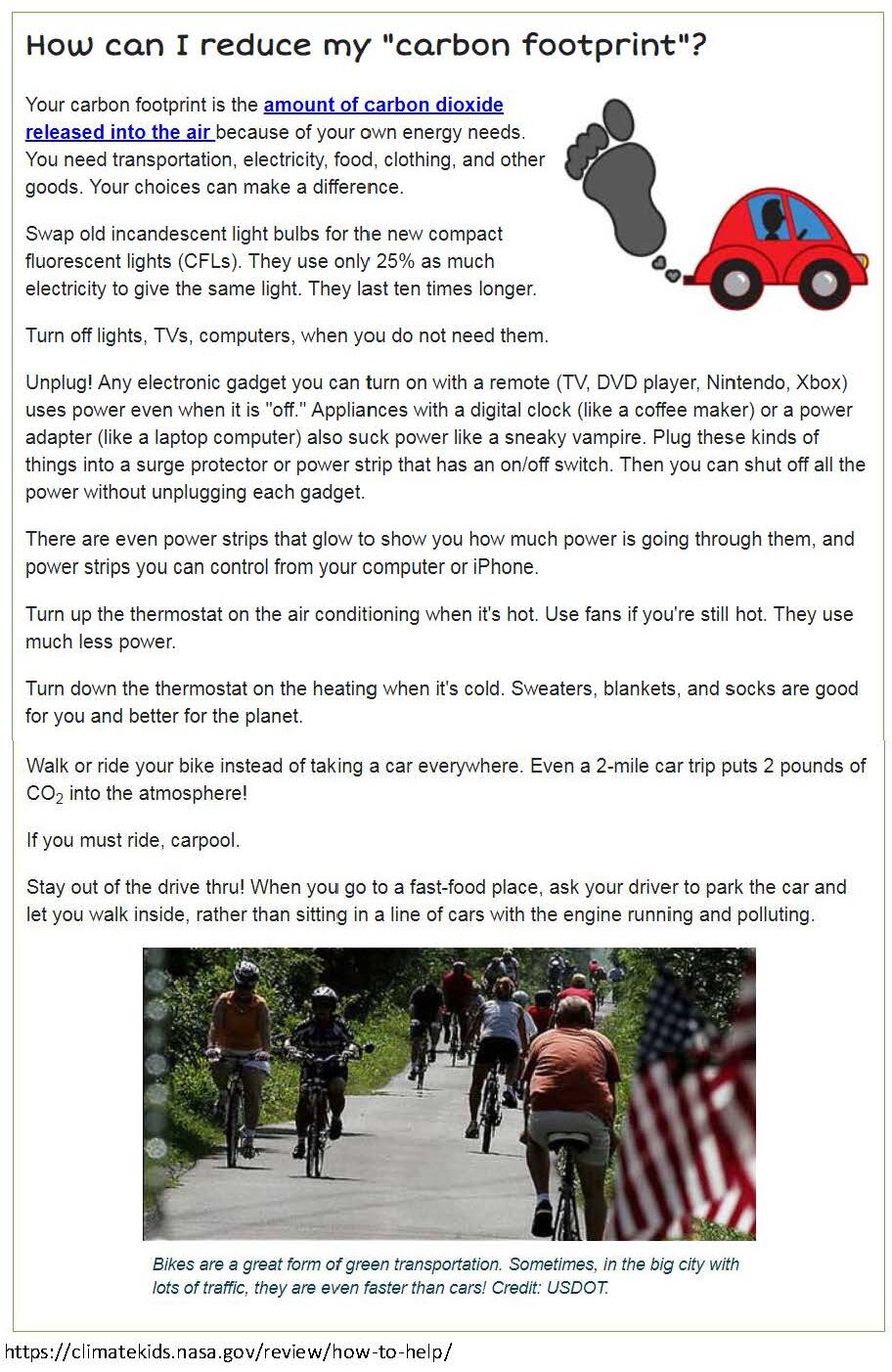 How can one talk to children about climate change in a way that empowers them to act rather than paralyzes them with fear? Becoming a parent – or a grandparent – poses a new challenge for climate-aware adults, many of whom may still be struggling to come to their own terms with the problem.

For this bookshelf, Yale Climate Connectons has selected 12 titles to illustrate how authors have tried meeting this challenge for different age levels, from pre-school to young adult. Four of these titles are new releases, suggesting that publishers sense a growing market for children’s books about climate change. But the fact that six of these titles feature polar bears, either as leading characters or as iconic images on their covers, suggests that authors, illustrators, and/or publishers have not kept up with the research on visualizing climate change. Images of polar bears, these studies have found, makes climate change seem a remote and distant problem in viewers’ eyes. What’s more, a recent study finds that Americans now more commonly associate climate change with images of extreme weather than with polar bears or ice. Perhaps when they take up their second or third book on climate change, today’s young readers will see beyond their polar bear picture books.

The descriptions of the titles listed below are drawn from the copy provided by their publishers. When two dates of publication are listed, the latter is for the paperback edition. Books listed below are from (from https://www.yaleclimateconnections.org/2018/08/childrens-books-about-climate-change/.

Churchill, Manitoba, is the polar bear capital of the world. Every winter, tourists flock to the tiny town to watch the bears hunt and frolic on the frozen waters of the Hudson Bay. This year, though, the tourists are in for a big surprise … Winston! A smart, fierce, brave bear, Winston of Churchill has noticed that his icy home is slowly melting away. He explains to the other bears why the ice is melting then, using the stirring words of his famous namesake, rallies the bears to convince humans to save their Arctic home. But in the process, Winston learns an unexpected lesson and realizes that he, too, must change his ways. This timely, funny story helps children understand that in the face of global warming, everyone must do their part, no matter how small.

This remarkable new picture book by Australian writer and illustrator Megan Herbert and award-winning American climate scientist Michael E. Mann has two parts. The first is a story about a little girl who inherits a huge problem she didn’t ask for, feels all kinds of frustration as she tries to solve it, and then channels those strong emotions into positive action. The second part explains the science of climate change in language children can understand, telling the stories of the climate refugees who appear in the story and showing how all their lives are interconnected. An action plan then outlines simple and positive actions every person can take to make a real difference and to become the heroes of their own stories.

This sweet children’s picture book presents a moving story, set in a fragile Arctic world threatened by global warming. A little polar bear wakes up alone after a furious storm. With his mother nowhere in sight, he makes friends with a mysterious little girl and various animal companions. All of the friends come together in the magnificent polar sky. In the end the little bear sits peacefully, enjoying a winter day lit up by beautiful northern lights. Featuring exceptional illustrations from talented Vietnamese illustrator Khoa Le, The Lonely Polar Bear offers an accessible way to introduce children to climate change issues.

Trust the bestselling science series of all time to get down to the facts on global warming, so kids can understand the crisis – and how they can help solve it. Like it or not, global warming is a hot topic, and it will affect the younger generation the most. So why not turn to the teacher kids like the most, Ms. Frizzle! Only the Friz can boil all the hoopla down to the scientific facts in a fun and informative way. With trademark simplicity and wit, Joanna Cole explains why the Earth is getting warmer, and Bruce Degen’s bright, action-filled illustrations make the science easy to understand and fun to learn. This team brings a new, improved understanding to climate change, engaging kids and empowering all.

The Earth is definitely getting warmer. There’s no argument about that, but who or what is the cause? And why has climate change become a political issue? Are humans at fault? Is this just a natural development? While the vast majority of scientists who study the environment agree that humans play a large part in climate change, there is a counterargument. Author Gail Herman presents both sides of the debate in this fact-based, fair-minded, and well-researched book that looks at the subject from many perspectives, including scientific, social, and political.

Scientific evidence clearly shows that temperatures and the level of CO2 in the atmosphere have risen dramatically since the end of the nineteenth century, coinciding with the rise of industrialization. But what can be done to slow the effects of climate change on humans, plants and animals, and natural resources? This book explains the consequences of further climate change, from flooding of coastal areas to unhealthy pollution in urban areas, and how governments, businesses, and citizens can proactively work on limiting their use of greenhouse gases. International accords such as the Paris agreement of 2015 and the Kyoto Protocol of 1992 are also discussed.

First daughter turned activist and mother Chelsea Clinton shows kids how they can make a difference in their world. With an eye toward empowering and inspiring kids, Chelsea Clinton explores some of the biggest challenges facing our world today. Using data, charts and stories she unpacks challenges related to Poverty, Climate Change, Gender Equality, Health, Endangered Species and talks about what’s being done to make a difference — particularly by kids and teenagers. With lots of suggestions and ideas for action, Chelsea Clinton shares her passion for helping others and shows readers that the world belongs to every single one of us, and every one of us counts. You can make a difference. You can make a change. It’s your world.

When the weather changes daily, how do we really know that Earth’s climate is changing? Here is the science behind the headlines – evidence from flowers, butterflies, birds, frogs, trees, glaciers and much more, gathered by scientists from all over the world, sometimes with assistance from young “citizen-scientists.” And here is what young people, and their families and teachers, can do to learn about climate change and take action. Kids can make a difference! This book combines the talents of Lynne Cherry, the leading children’s environmental writer/illustrator and author of The Great Kapok Tree, and the late Gary Braasch, award-winning photojournalist and author of Earth Under Fire: How Global Warming is Changing the World.

Tackling the issue of global warming head-on for a teen audience, Bridget Heos examines the science behind it, the history of climate change on our planet, and the ways in which humans have affected the current crisis we face. It’s Getting Hot in Here illustrates how interconnected we are not just with everyone else on the planet, but with the people who came before us and the ones who will inherit the planet after us. This eye-opening approach to one of today’s most pressing issues focuses on the past human influences, the current state of affairs, the grim picture for the future — and how young readers can help to make a positive change.

It is 2099 – and the world is gradually drowning, as mighty Arctic ice floes melt, the seas rise, and land disappears forever beneath storm-tossed waves. For 15-year-old Mara, her family and community, huddled on the fast-disappearing island of Wing, the new century brings flight. Packed into tiny boats, a terrifying journey begins to a bizarre city that rises into the sky, built on the drowned remains of the ancient city of Glasgow. But even here there is no safety and, shut out of the city, Mara realizes they are asylum-seekers in a world torn between high-tech wizardry and the most primitive injustice. To save her people, Mara must not only find a way into the city but also search for a new land and a new home.

After the Earth Shaker, which all but destroyed Los Angeles, 17-year-old Penelope (Pen) sets out into the wasteland in search of her family, her journey guided by a tattered copy of Homer’s Odyssey. Soon she begins to realize her own abilities and strength as she faces false promises of safety, the cloned giants who feast on humans, and a madman who wishes her dead. On her voyage, Pen learns to tell stories that reflect her strange visions, while she and her fellow survivors navigate the dangers that lie in wait. In her lyrical style, Francesca Lia Block has created a world that is beautiful in its destruction and as frightening as it is lovely. Love in the Time of Global Warming has shades of science fiction, fantasy, eco-fiction, and dystopia.

In a world where animals are slowly fading into extinction, 12-year-old Kester Jaynes feels as if he hardly exists either. He’s been locked away in a home for troubled children and is unable to speak a word. Then one night, a flock of talking pigeons and a bossy cockroach come to help him escape, and he discovers that he can speak — to them. And the animals need him. Only Kester, with the aid of a stubborn, curious girl named Polly, can help them survive. The animals saved Kester. But can he save them?